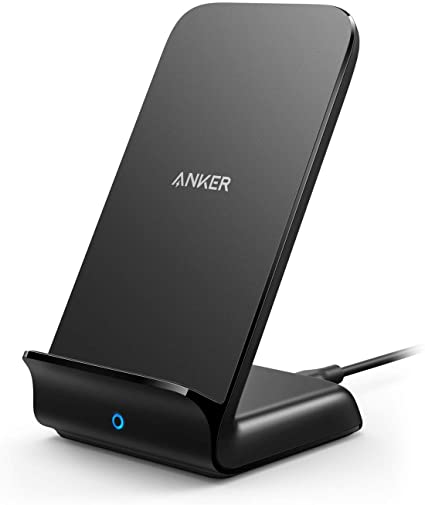 The wireless phone charger has been a huge game-changer in the smartphone industry. When the average smartphone user looks at its benefits, there is no reason to resist this technology. With the wireless chargers,, you can juice up your phone without having to plug in and out the cable. There will be no cable positioning or other complex things. You just need to place your phone on the stand or docking to start getting charged.

Gone are the days when the wireless charger iPhone technology is only viable for some people. More and more models are getting more affordable. So, you can literally get your wireless charger now from any marketplace you visit. But just like any other product, there is no one-size-fits-for-all solution. You will want to compare different options out there and pick the best thing for you.

If you need a wireless charger that can charge multiple devices at the same time, consider choosing Logitech Powered 3-in-1-dock. It can charge your iPhone, AirPods, and Apple Watch at once without any hassle or fuss. It supports 7.5W fast charging on iPhone and 10W wireless charging for Android phones. Put your Samsung phone on the device and you will be surprised at how quickly it juices up your phone. The glowing light on the side of the docking tells you that the phone is receiving the fuel. It can charge phones with cases up to 3mm thick.

Nanami Fast Wireless Charger is included in our list because it comes with great value. It has amazing 10W power which can charge iOS and Android phones seamlessly.
The simple stand design allows you to use the video call app while charging your phone. 10W is for wireless Samsung charger. Meanwhile, the 7.5W charging is viable for the iPhone. For faster speed, you will need to pay extra for adding QuickCharge 2.0. Perhaps this cut is what makes Nanami Fast Wireless Charger more affordable than its competitors.
Yootech Wireless Charger

If you’re tight on budget, Yootech Wireless Charger can be your best option. The charger comes with a dual-orientation design: portrait and landscape. It can charge your Android phone up to 10W, and the iPhone for up to 7.5W.it comes with a lifetime money-back or replacement warranty. A true shocker, isn’t it?

In many review sites and marketplaces, it has been slated as the best wireless charger overly. It can give out the 10W power with the powerful ability to charge any Android and iOS devices including the most recent versions of the smartphone that you have.

This wireless charger supports landscape and power mode, giving you more flexibility in charging your phone. It is able to penetrate the smartphone with cases that are p to 3mm thick. That means you won’t need to take off your cases when charging your phone. The accurate LED indicator light will tell you useful information about the charging. The brand offers 3-warranty to protect users’ necessities.

If you are looking for the most suitable wireless charger for your Pixel Phone, then Google Pixel Stand is a go. It is compatible with Pixel 4, Pixel 4 XL, Pixel 3, as well as Pixel 3 XL. As docking your Pixel phone, you will be helped by the Google Assistant to use your phone for checking the schedule and retrieve other information.

With this wireless charging pad, you can charge three devices simultaneously without any hassle. The pad can charge up to 7.5W. It has a non-slip surface with a case-ready design. The bulky design is the consequence of its versatility in providing the charge station for up to three devices at once. Don’t hesitate to charge your smartphones there.

This wireless charger, as the name suggests, can charge up to two phones at once. It can power up to 10W. The dimension of the charger is slightly bigger than its competitors. It has plenty of charging space so it can make the perfect option for charging larger smartphones. You can charge both your phones at the same time. It also comes with an 18W QC 3.0 adapter.

It can charge multiple devices at the same time. You can place your iPhone, Airpods, and Apple Watch on the docking and charge them all simultaneously.

It comes with 7.5W power for charging the smartphone, and 5W power to charge your Apple device. There is also a port that allows you to charge your AirPods. It supports Apple Watch’s Nightstand mode which you can use as a mini alarm. If you need this function in your gadget collection, you could make this a great option to take.

We are stunned by its innovation. The iPhone charger comes with a built-in fan that can keep your smartphone cool. This feature is something that is rare to see in other brands. You can have peace of mind when leaving your devices for charging since these won’t overheat, thanks to the internal cooling fan. It also comes with case-friendly docking. It can charge up to 10W for Android phones and 7.5W for an iPhone. It comes with an 18-month warranty.

We are amazed by the design of the Native Union Dock Wireless Charger. It has such a stylish design so that it is hard to not notice its appeal. if you care about your room decoration or overall style, it is one for you.

the stand can get up to 10W of power. The orientation? It has both portrait and landscape modes. The package does not have a wall adapter. If you have cases, it still works as long as these do not exceed 3mm thick. Although it does not come with a fan, it comes with a thermal protection sensor to prevent overheating when charging.

Your final decision can be objective depending on your own personal factors. But if you want to ask for recommendations from us, our money will be on Belkin Boost Up Wireless Charging Stand. It is compatible with most iPhone and Android devices which are accepting wireless charging technology. But if you plan to see the wireless charger for multiple devices at the same time, you could consider picking Logitech Powered 3-in-1 dock instead. Re-read the list above until you’re convinced to make an informative decision.